In An Australian First, Victoria To Ban Conversion Therapy

Premier Daniel Andrews has announced that Victoria will become the first state in Australia to ban conversion therapy.

On Tuesday, the New York legislature voted to ban conversion therapy on minors and to protect transgender people against discrimination on the basis of gender identity or expression. The Gender Expression Non-Discrimination Act (GENDA) also adds protections on the basis of gender identity to New York’s state hate crimes law. The Assembly has passed the GENDA bill every year since 2008, however it has been a 16-year battle to get it through the Senate, where Republicans held t

Conversion Therapy survivor Chris Csabs sent a petition with almost 43,000 names on it to Australian Prime Minister Scott Morrison, opposition leader Bill Shorten and other parlliamentarians on Wear It Purple Day, calling for a nationwide ban on conversion therapy. The SOCE - Survivors Of Change Efforts - Survivor Statement which accompanied the petition offers a number of recommendations to tackle the expanding and increasingly underground use of conversion therapy in Austra

Image Credit: Focus Features Nicole Kidman and Russell Crowe star in Boy Erased. Nicole Kidman, Russell Crowe and Lucas Hedges from Three Billboards Outside Ebbing, Missouri and Lady Bird star in Joel Edgerton’s conversion therapy movie Boy Erased. Based on the 2016 memoir by Garrard Conley, the story follows Conley’s experience growing up in a strict Baptist family from a small town in Arkansas and being forced into conversion therapy by his parents. When he was 19 and study

The Miseducation Of Cameron Post Trailer Is Finally Here

Based on the 2012 coming of age novel of the same name by Emily M. Danforth, The Miseducation Of Cameron Post is set in the early 1990s and stars Chloë Grace Moretz as Cameron, an orphaned teenage girl who makes out with the prom queen and is sent to a sexual conversion therapy camp by her conservative Aunt. Directed by bisexual Iranian-American writer/directory Desiree Akhavan, the film won the prestigious Grand Jury Prize in the US Dramatic category at the 2018 Sundance Fil 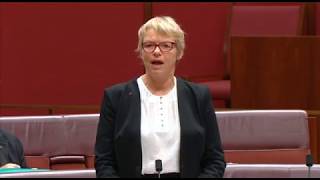 Greens Senator Janet Rice is calling on the Australian Federal Government to urgently implement a national ban on conversion therapy. In a speech to the Senate last Thursday, she urged Prime Minister Malcolm Turnbull and the Federal Health Minister Greg Hunt to take action against the discredited and unethical practice. In the moving and shocking speech, Rice shared the story of Chris, who knew he was gay at 10. Chris later came out to a church leader and at the age of 16 was
1
2