No Mention Of Chechen Purge At Trump Putin Helsinki Summit

Image Credit: Human Rights Campaign The Human Rights Campaign used the Helsinki Summit between President Donald Trump and Vladimir Putin on Monday 16th July to pressure both leaders to stop the human rights abuses against suspected gay and bisexual men in Chechnya. A message was projected onto a wall at the Presidential Palace where the summit was held. The scrolling messages read: Trump and Putin: Stop the Crimes Against Humanity in Chechnya Investigate LGBTQ Persecution in 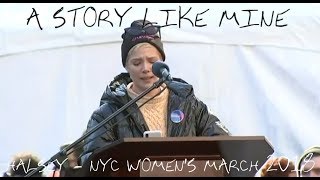 It’s been 12 months since an estimated 5 million people participated in 673 Women's Marches in cities on all seven continents, in a record breaking day of action to protest Donald Trump’s presidency and demand equal rights for all. This year the Women’s Marches were held on January 20, 2018, with hundreds of thousands of women and allies attending rallies around the United States and in countries such as Canada, the UK, Italy and Japan, again protesting Trump’s first year in

On Monday US Federal District Judge Colleen Kollar-Kotelly overturned President Trump’s ban on transgender troops from serving "in any capacity" in the US military. The ban reversed Barack Obama’s 2016 decision to allow transgender people to serve openly in the military and was announced via Twitter in July. The injunction prevents the transgender ban from taking effect until the court hears a challenge to the ban being bought by an unnamed group of plaintiffs. That means tha

Donald Trump Bans Transgender People From Serving In The US Military

In a move the American Civil Liberties Union (ACLU) has labelled “outrageous and desperate”, Donald Trump announced in a series of tweets on Wednesday that he is banning transgender people from serving “in any capacity” in the US military. "After consultation with my Generals and military experts, please be advised that the United States Government will not accept or allow Transgender individuals to serve in any capacity in the U.S. Military," Trump tweeted. "Our military mus 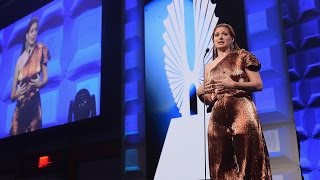 Debra Messing received a standing ovation for her GLAAD Awards speech, imploring Ivanka Trump to stop blindly defending her father and "start defending what you say you believe in." The 28th Annual GLAAD Media Awards were held on Saturday night in New York City. The awards recognize and honour the media for their fair, accurate and inclusive representations of the LGBTQ community and the issues that affect LGBTQ lives. Actress and activist Debra Messing received the Excel

Trump's 100 Days Of Hate Towards The LGBTIQ Community

Donald Trump's first 99 days in office were punctuated by record-breaking protests, so it’s fitting that his 100th day was no different. Thousands of people joined marches across America on Saturday, protesting Trump’s roll back of Obama-era climate change policies and demanding immediate climate action. Reflecting on his own performance so far, Trump ignored his record lowest approval ratings for any president at this point in his term since polling began. "The first 100
1
2